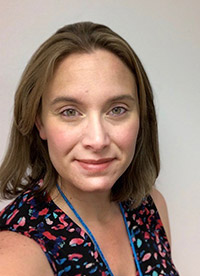 April Young graduated from Troy University in 2013 with a Master’s degree in Counseling and Psychology during her tenure as a law enforcement officer with the Putnam County Sheriff’s Office. While at the Sheriff’s Office, she worked with sexual predators and offenders as a Detective from 2009 to 2013. Upon leaving the Sheriff’s Office, she continued her work with sexual offenders from a therapeutic perspective. In 2013, Mrs. Young began working with juvenile sexual offenders as a contracted therapist for court ordered youth. In 2015, she continued her work as a Licensed Mental Health Counselor with a certification in the treatment of sexual offenders from the Association of Forensic Counselors. Dr. Young is considered an expert witness in the Juvenile Courts in several districts in Florida. She is also a clinical member of Association for the Treatment of Sexual Abusers.

Dr. Young earned her doctoral degree from IICS in 2017.

All Board approvals of CE Credit Hours are for CEs ONLY, not certifications. Only the Therapist Certification Association Board may certify graduates of our certification programs: